Culture and Religion
Oman
In the Sultanate of Oman, traditional music, poetry and dance are still part and parcel of everyday life and national celebrations alike.

During his reign (1970–), Sultan Qaboos has initiated a cultural renaissance, probably influenced by his passion for playing the oud and extensive knowledge of western classical music.

The main aim of my research and fieldwork was to complement the collections of historical, commercial music (shellac discs) and older fieldwork music from Oman in the British Library’s collections with new audio and video recordings.

The music of Oman is also reflective of the main environmental influences – the sea and the desert. Though the sea’s influence is more obvious, there have been continuous cultural influences on Omani culture from inland tribes.

During my stay, I had the chance to meet one of the most senior experts on musical heritage who is also a musician, dancer, and master ship-carpenter: Ustad Subait Khamis Faraj Al-Aloui. His son, Nabhan Subait Khamis Al-Aloui, himself a well-known sea-music expert and band leader, arranged a showcase of fanun al bahr (lit. arts of the sea) with a group of seventeen men, all of whom were sons of sailors.

My stay coincided with the Muscat Festival, an annual government-organised festival to which traditional groups from all over Oman are invited. After being introduced to around three-hundred dancers and musicians from Mirbat (in Dhofar, southern Oman), we recorded three traditional groups.

The rababah pair dance, which is most likely influenced by European pair dancing, was performed by communities from near Mirbat. The term rababah refers to the one-stringed instrument, which was traditionally used to accompany the dance but nowadays has been replaced by the Scottish bagpipe.

Most of these people speak [1]Jeballia[/1] (or Shehri), which is a language from the Southern Arabian Peninsula that has been recorded by the British linguist T. M. Johnstone.

In Muscat, the ‘Oud Hobbyist Association’ arranged a special recording session with young Omani musicians. They played the oud, violin and drums, and sang. Though the drums and songs were typically Omani, the rendition – using violin and oud – was influenced by classical Arabic music.

In Sur I was extremely lucky to film traditional Suri dance/music genres at real weddings on two occasions. The highlight was definitely the lengthy maidan dance and music during a large wedding in a suburb of Sur. Clearly African-influenced, this well-known Suri dance involves men and women. The drummers and dancers, who were all men, stood on the left while a group of women sat on the floor on the right. Occasionally, one or several female dancers got up and danced in measured steps. This dance is regarded as the most complicated and sophisticated dance in Sur.

The men’s dance raz-ha is very different. In this military dance, two rows of men stood opposite each other, carrying swords, guns and camel sticks. In the past raz-ha was performed before, after or even during a battle or war between different tribes. In the coastal areas of Oman it was also performed while preparing for voyages at sea. Nowadays, it is often performed at weddings as a send-off for the bride and groom.

A poet – one for each row – improvised lines on the spot, which were then sung by the singer. Shallat consisted of group singing: one row of dancers sang several verses, then the other line took over. This genre focuses on melancholic mourning songs, while some lyrics describe the beauty and oral history of Sur.

The musical culture of Oman reflects its people’s multi-ethnic origin and has resulted in numerous varieties of musical and dance genres. Though their culture has been influenced by Indian, East African and Persian culture, the Omani people have developed their own specific variety of musical styles. 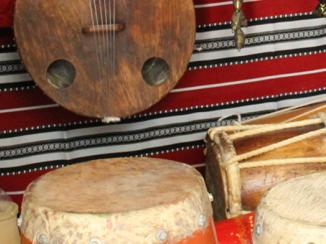 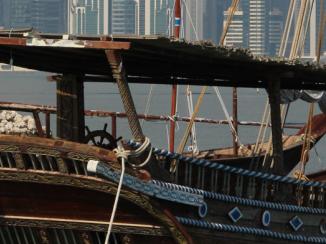 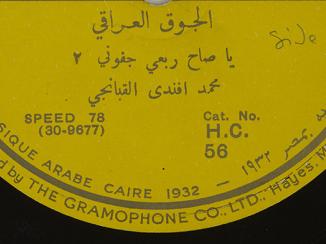 Chosen by the Author Also by the Author Similar theme
Dusty Streets and Hot Music in Baghdad: Iraqi Maqam Music and Chalgi Ensembles 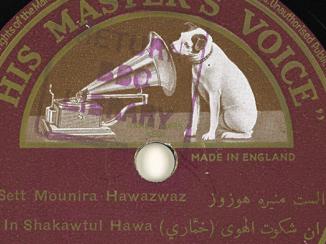 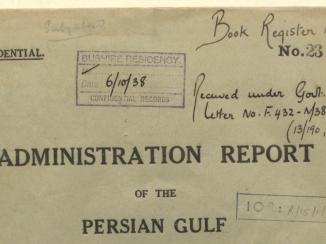 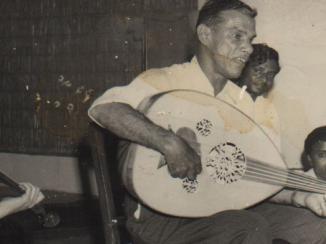 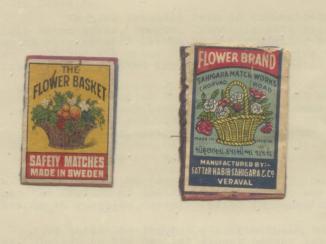 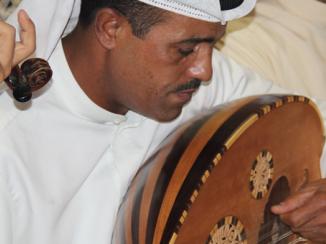